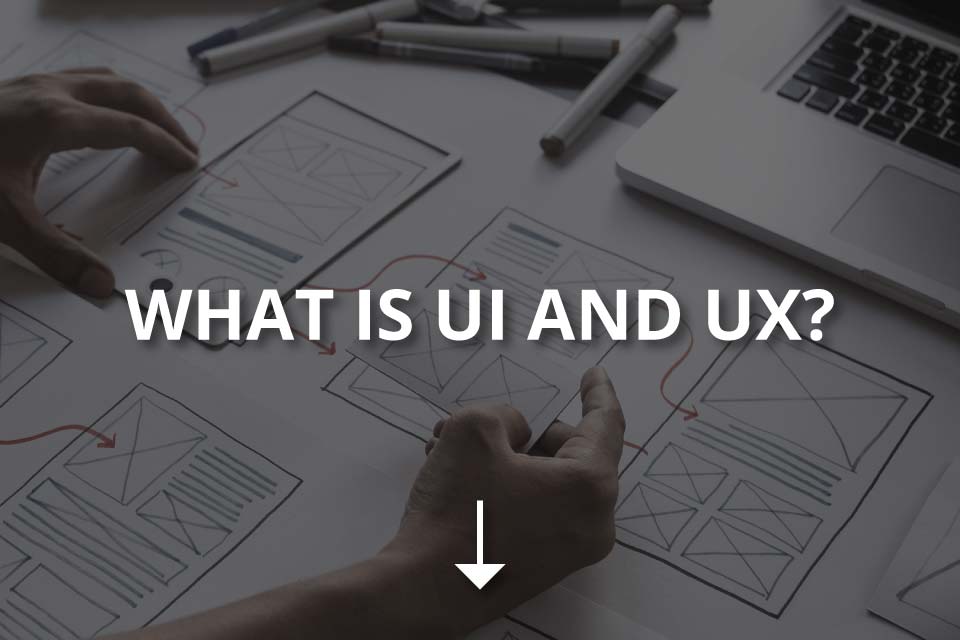 Ever wondered what exactly UI and UX are? The primary User Interface (UI) is a set of screens, pages, buttons, tables, and icons used to interact with a device. On the other hand, the User Experience (UX) focuses on having a deep understanding of users, what they need, their values, abilities, and also their limitations.

If you were using a computer in the 1970s, you had to use the command-line interface that looks like this.

You couldn’t find graphics, icons, buttons, or anything else to interact with. The programming language was the only way you could communicate to get the computer you wanted.

Then, in 1981, a group of computer scientists at Xerox PARC developed Xerox Star, a personal computer with the first Graphical User Interface (GUI). Windows, icons, drop-down menus, radio buttons, and checkboxes were used in this development. In this way, users can open, move, and delete files without a programming language.

If we compare the interfaces of the devices we use today, it may not excite you. But at the very beginning of the personal computer age, the GUI was a revolution.

After this revolution, the teams at Apple Computer continued to develop the GUI idea. They launched the Macintosh in 1984, which had a mouse and multiple windows. This commercial venture was the first desktop success. The GUI emergence revealed the need for a new type of design focusing on the graphical interface of personal computers, and UI designers appeared on the scene.

This type of design has continued to exist until today. UI designers today; Works on websites, apps, wearables, and other programs.

The term UX was invented in the early 1990s by scientist Don Norman. The official definition of UX is as follows;

“User experience” covers all aspects of the end user’s interaction with the company, its services, and products. “

In an email explaining the origin of the term, Norman wrote as follows;

“I invented this term because the Human Interface and usability were very tight: I think I wanted to address all aspects of one’s experience, including industrial design, graphics, interface, physical interaction, and the handbook. Since then, this term has spread widely, so it has begun to lose its meaning. “

In his later attempts, Norman focused on the combination of ideas needed to achieve a high-quality user experience;

“The first requirement for flawless user experience is to fully meet the customer’s needs without disturbance and anxiety. To provide the joy of owning the product afterward, produce products that are simple to use, simple and elegant. “

The services of multiple fields, including engineering, marketing, graphic and industrial design, and interface design, must be seamlessly combined to achieve a high-quality user experience in a company’s services.

UX is not limited to the visual interface of your product. It is a concept that has many dimensions and covers the entire journey one takes.

UX designers are responsible for ensuring that the company provides a product or service that meets the customer’s needs and achieves the desired results.

They can do this by doing user research, applying them to concepts and prototypes to get as much content as possible about the user of the product, and then to help the user move from point A to point B.

What Is the Difference Between UI and UX?

“As an example, consider a website with movie reviews. Even if the UI is perfect for finding a movie, if the UX base database contains only movies from large studios, it will be weak for a user who wants information about a small standalone version. “

Another example is Google. It has a simple interface, almost nothing for the user interface. We’re talking about a site with a logo and search bar, a few buttons, and a search result page. However, when you type something in this search box, all digital content is listed for less than 1 second. So what if it took 15 seconds for the result of every search on Google? Even if the design is the same, there will be a significant difference in your experience.

Intelligent and talented people in the technology industry answered this question as follows;

UX focuses on the user’s journey to solve a problem; the user interface focuses on how the surfaces of product work and function.

A UX designer is concerned with the design process’s conceptual aspects and allows the UI designer to focus on more concrete elements.

UI is generally concerned with visual design and information design around screens. UX may not even be about the full experience and the screen.

What Do UI Designers Do?

The User Interface (UI) designer performs a variety of tests to understand which designs are best in achieving their ultimate goal. Those tests include intensive user research, potential user testing, performance, and usability testing. They design a site’s navigation and UI type so it tries to reach its destination without confusing the user’s head. The user interface designer deals with all elements, such as interface and typography, color scheme, and pattern. They also perform a UI test to make sure that the product meets the specifications. The most important feature of a good UI designer is to understand the customer. They regularly conduct research activities and learn what makes the customer happy. Those can sometimes challenge them because the UI design is about making the customer satisfied.

What Does UX Designers Do?

The task of the UX designer is to observe the feelings of the user and shape the flow of the project by them. In other words, the focus is to unite the user and the product on a common denominator.

“The UX designer is concerned with what the person using a product will feel. It makes sure that all steps of the product are following each other and the flow is correct.”

A UX designer is expected to be at least at a basic level. Not only on technical issues but also on social subjects such as sociology, psychology, reasoning, empathy, and ergonomics. Even at this point, the country, audience, and age range that the project addresses are of great importance. Therefore, you cannot apply the same methodologies in every project.

It is often necessary to make the UX Research of a project as a UX designer. Therefore, under these conditions, a UX designer must have all kinds of information. From competing for analysis of the project to market share, from market targets to potential users. In light of this information, conduct interviews, tests, and surveys with prospective users.

What is UI and UX

Although a UI designer does not need any coding skills, a UX designer needs to work with some basic HTML and CSS, also with frameworks such as Twitter Bootstrap and libraries like jQuery.

What are the essential skills for UI/UX designers?

Some of the skills a UI designer are interaction design principles, branding, typography, and color theory. And a UX designer must have the skills for UX research, user empathy, visual communication, and wireframing.

Is it stressful to be a UX designer?

Considering most UX designers are free to work whenever and wherever they are the most productive, and not drowned in the pools full of codes and commas, like their distant I.T. relatives, it is safe to say UX design is relatively stress-free.

Although UI and UX terms are often used interchangeably, we can only say they are connected. UI and UX involve very separate skill sets, but they are integral to each other’s success. A beautiful UX design can’t save a UI that’s clunky and confusing to navigate. And a brilliant, perfectly-appropriate UX can be sunk by bad UI design that makes using the app unappealing. Both UI and UX designs need to be perfectly executed and flawlessly aligned with user expectations to create an excellent user interface/experience. And when those stars align, the results can be astounding.

For more articles like this, please check our Software Support Blog. 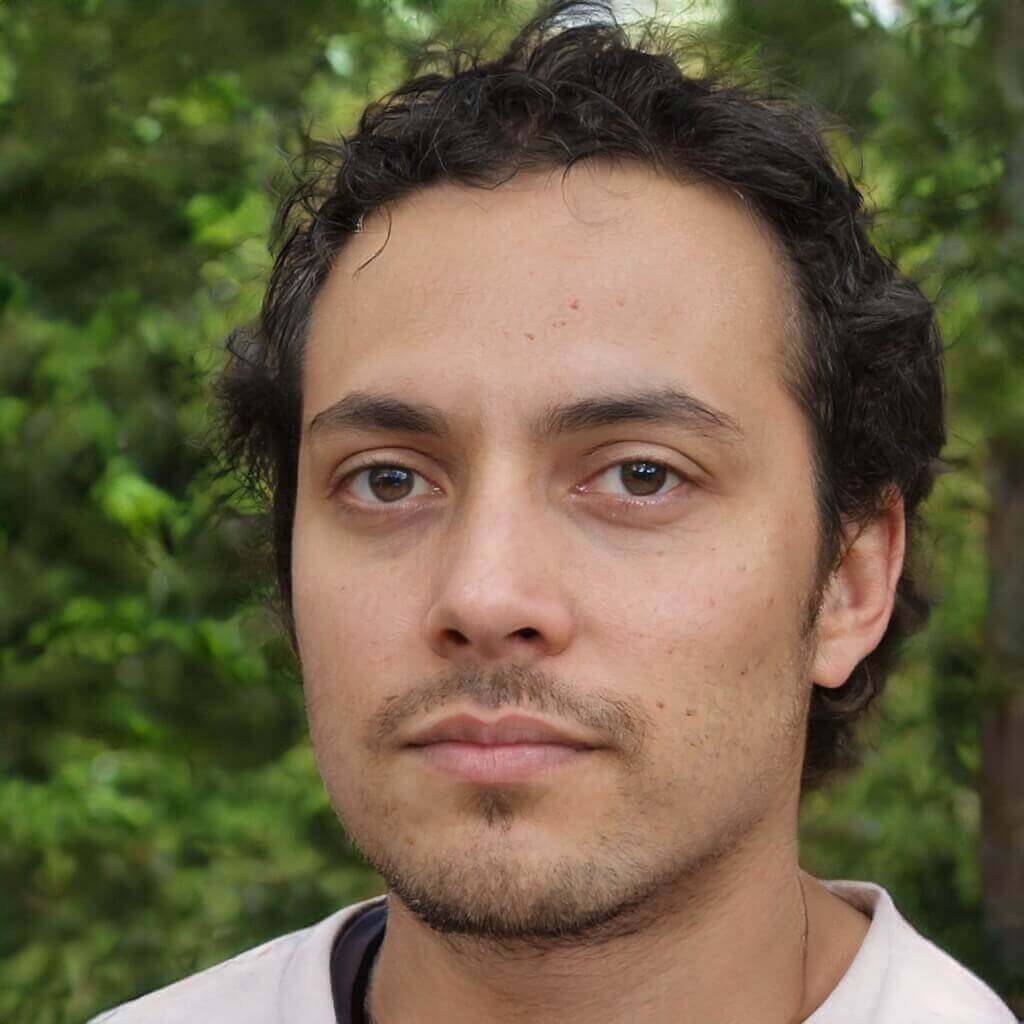 What Is Broken Link? (How to Find & Fix)

How To Monitor Backlinks? (And What To Do With Them?)
No comments to show.